The Highland Perthshire town of Pitlochry knows how to ring in the New Year the right way, with their annual New Year’s Day Street Party. The event sees thousands of locals and tourists join forces to celebrate the beginning of a new year in Pitlochry.

Pitlochry is one of the most beautiful and vibrant locations in Scotland. It offers unbeatable scenery, clean, sparkling air and plenty to see and do in the area. On the 1st January 2020, Atholl Road which is Pitlochry’s main street to traffic will be closed for the day. This is so that revellers can party in style in the beautiful Scottish streets.

What is the Pitlochry New Year’s Day Street Party?

New Year’s celebrations have always been a big deal in Scotland. In fact, many locals making their new year celebrations more important than Christmas. Christmas Day was traditionally a working day across Scotland right up until the 1950s. However, New Year’s Day has always been a public holiday.

The annual Pitlochry New Year’s Day Street Party is a firm favourite among locals as well as tourists. Furthermore, many people travel miles and miles to attend the event. It was first started by Pitlochry’s Community Council back in 2000 as a way to mark the new millennium. As a result, it was such a roaring success that it has continued to go from strength to strength every year.

Now the yearly celebration brings over 3,000 party-goers to streets of Pitlochry, making it one of the best ways to celebrate the New Year in Scotland.

Pitlochry is already gearing up for the next New Year’s Day street party, and every year the event takes place from 1 pm to 4 pm on Atholl Road. The party sees local bands and performers take to the stage, with many of the performances taking place in Fishers Hotel.

Macdonald Bros Butchers of Pitlochry and Aberfeldy serve up delicious food throughout the event. The team selflessly give up their New Year’s Day every single year to feed the crowds some scrumptious sausage rolls and warming soup.

The entire event, including the food, is free of charge, and all that is asked is a small donation from revellers which goes towards the following year's party. There is also a New Year Raffle which takes place every year, with prizes donated from the local businesses. The Pitlochry New Year’s Day Street Party is closed with the tradition of singing Auld Lang Syne, which was written by Scotland’s world famous Bard Rabbie (Robert) Burns. 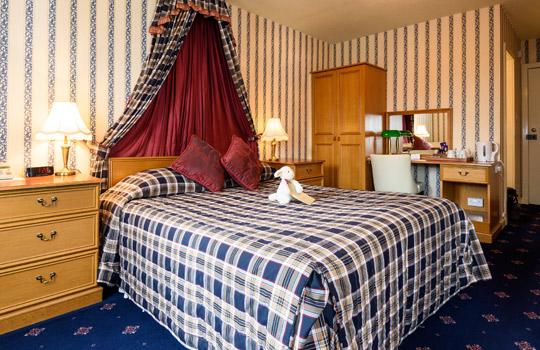